I believe in Parental Alienation Syndrome.  I’ve seen several instances of it in varying degrees of severity.  And the alienator was not always the mother.  And not all siblings were affected.

I realize this is a highly controversial topic.  Many opponents state that it’s nothing more than an excuse used by abusers to gain access to children they intend to hurt.  Perhaps this is sometimes the case.  It has not been my observation. 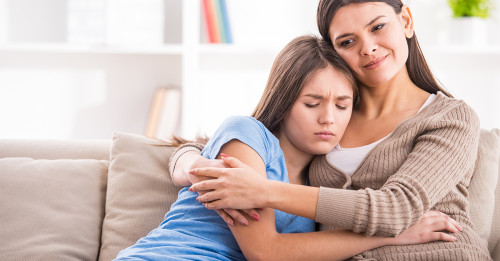 I believe that families evolve through the process of divorce.  I believe this evolution can be a healthy process and bonds can strengthen when moving from a nuclear to a bi-nuclear status.  However, when a child is encouraged to sever ties with one parent, the evolutionary process is hijacked by hurt, hatred and (often) lies.  The result is a mutation of the bi-nuclear family- often missing limbs of the family tree.

The first book I read on this topic was Divorce Poison,  by Dr. Richard Warshak.  I found this piece to be extremely informative and recommend it to anyone dealing with such a situation.  My copy is underlined, dog-eared and has been read multiple times.

Another book I found to be quite interesting was Adult Children of Parental Alienation Syndrome: Breaking the Ties That Bind, by Dr. Amy J. L. Baker.  In her book, Ms. Baker recounts her research with adults who were once children trained to despise one of their parents.  She discusses the the methods as well as the aftermath and gives the reader a glimpse into the lives of her subjects.

PAS is painful.  In many cases, the alienation extends beyond the targeted parent to his/her family and friends- even pets.  Half of the cast in a child’s life is suddenly wiped off the stage and labeled “enemies”.  Violence, profanity and hurtful behavior directed toward former family members is often encouraged and rewarded.   It’s as if the child is a weapon (of mass destruction) in a war s/he never asked to be part of.

And who wins?  Perhaps a better question is “who loses?”

Someone once told me, “I was instructed to hate my father.  But I was named after my father and I looked like him.  So I hated myself too.”

Hate is not a family value.  Divorce is not war.  Children should not be prisoners.