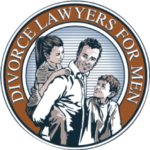 I discovered Divorce Lawyers for Men on Instagram. I was intrigued not only by the name, but also the helpful content they published. So, I asked for an interview, and a few months ago Frank Morris took some time out of his busy schedule to talk with me.

After working around some technical difficulties, I was finally able to ask my first question: How did you get started in this line of work?

“My first major interest in divorce was a complex male custody case back in 1984,” he told me. “And in those days nobody was doing male custody cases. It was just unheard of, kind of nonsensical. And the opposing attorney, a guy 40 years older than me who knew the judge really well, when we started the case told the judge, ‘Your Honor, I don’t know what we’re doing here. It looks like a big waste of time to me.’ …In his eyes, my position was absurd. It made no sense whatsoever that a man would be seeking custody of children from a not-defective mother. She wasn’t a drug addict or an alcoholic or a child abandoner, she just wasn’t as good a parent. And the father was a really good custodial parent. And after a day-long trial… the judge agreed with me and said it was in the best interest of the children to have the custody awarded to the father.”

The victory was no small feat.

“In those days, custody was real custody,” he explained. “Not nearly the shared custody that we have today– joint custody. The person in the 70s and 80s that was awarded custody, they got 90% control of the child. The other person got what we used to call ‘every other everything.’ Every other weekend, every other holiday… but no real decisions, no parenting decisions. Those were all in the hands of the custodial parent. And we’ve progressed and evolved a long ways from that, with much better shared custody these days. In fact, we don’t even use the word custody.”

I can see that things have changed, but I wanted to know if it’s still difficult for men to obtain shared parenting time.

“It’s still an aberration,” he said. “It’s much better than it was, and we candy-coat a lot of the terms. We don’t award ‘custody,’ now we have a parenting plan. But most males … are still the predominant breadwinner. And most males are still more occupationally oriented than their female spouse. So when it comes to custody, the mother has usually been the most active predominant parent. And for that reason, they’re most inclined, and the courts still, the majority of time, award custody to the mother. And then the dominoes start to fall: if the mother/wife is awarded primary custody of the child, she’s going to get the house for the child to live in. 90% of the furniture goes with the house. The safer, better car goes with the children. And the family budget has exploded, but the family income is not modified. So on the short term, most men are going to get a very short straw. They’re going to get moved out of the house. They’re going to move into a lesser dwelling. They’re going to have the lesser automobile, and they’re going to be paying the majority of the bills. And that’s where custody for men, divorce for men, gets such a bad name. Because during that initial year, the male is the one that takes the short end of the stick. But 5 years later, that has really resolved itself.”

“There’s a number of different ways to do divorce. And most attorneys only see a particular segment of the divorce world. Most of us don’t get an across the board picture. … The people who are doing collaborative law are not comfortable at all in my courtroom arena, and I’m not comfortable in collaborative law. Also, if the couples are getting along pretty well, but just want to go their own ways, or they’re not getting along but they’ve reached an agreement and they want to save the money and do the divorce themselves, we don’t see those cases. So, my perspective is that my cases are more high-conflict, high-asset. There’s gotta be a problem for you to need an attorney.”

And those high-conflict, high-asset cases come with high fees. We talked about that too:

“… the vast majority of the public cannot afford a cost-controlled divorce, so it’s a phenomenal disservice to not expend the most effort in trying to keep the costs down for them. We regularly tell people, “I know it’s your $450 bicycle. I know she gave it to you for Christmas. I know it’s yours, and she doesn’t ride it. But don’t make me charge you $1000 to go fight over a $450 bicycle.”

(Note: Check out the video of Divorce Survival Rules on divorcelawyersformen.com)

As we talked, I discovered that Divorce Lawyers For Men also represents women.

“We handle a percentage of women’s cases, but they’re usually role-reversal cases where the woman is the dominant breadwinner, where the woman is the more career-oriented person,” Frank explained. “We represent more career women than we do stay-at-home dads. Because that woman is basically in the same box as most men are. She’s working 50-60-70 hours a week. She’s missing appointments with the kids. If she takes all this time off, she isn’t going to get promoted.”

That made sense to me. And then I learned another interesting fact: “At least 30% of wives make more money than husbands, which is kind of fun because only 3% of women pay alimony.”

I wanted to know why that happens, and the answer wasn’t surprising.

“It’s part of a hangover of a sexist world, that men are less inclined to ask for alimony, which we call spousal support. The male judges are not inclined to award it.”

We talked about sexism a little more when we talked about breadwinners. Frank explained that it makes sense for the higher earner (usually the man) to work instead of stay home to care for a sick child because he makes more money for the family by going to work.

“And so that perpetuates that male’s difficulty with custody,” he said. “And if we keep paying men inappropriately more money for the same job… Well then that man’s going to have an uphill battle in custody. Because there’s a quid pro quo for those higher paying salaries.”

This is why most men start downhill on custody, and therefore behind the eightball on the division of assets as well. Divorce Lawyers for Men works to educate their clients about these issues, and prepares men for a degree of loss on custody.

Frank also explained how his firm not only asks clients what they want, but also what they can reasonably maintain.

“Because a lot of guys can’t handle full custody and one of our jobs is to make them cross that bridge,” he said.

I was happy to know that Divorce Lawyers for Men engages in such a thorough process. Frank told me a story about an excellent father who is currently going through some rigorous job training that takes him out of the home at a moment’s notice. The man’s situation doesn’t lend itself to having primary custody of his children. To fight for it would not be appropriate.

In talking about excellent fathers, we also touched on those who do get custody… and the mothers who don’t.

“In most cases, if the woman doesn’t get primary custody, she’s viewed as defective,” he said.

I nodded in agreement. I’ve heard whispers about those women myself. However, I suggested the problem is getting a little better.

“We’re making progress, but not as much as I’d like to see,” Frank told me. “And a lot of it is just so much self-perpetuating. And so, one thing that I like about family law, which I’m not afraid to call Divorce Law, is that it’s reflective of society’s values. And all the divorce is, is a reflection of what’s going on in our society.”

We talked a little more about our culture… about the assumptions we make and the separation between genders for sports.

“Well, all those society values have laid a significant pattern, and there’s a lot I can’t overcome. I mean, it’s a done deal before I even walk in the courtroom,” he said.

We talked about the changes in custody and alimony that result from the changes in peoples’ lives as they move forward. (Divorce Lawyers for Men is ready and willing to help their clients, regardless of how long it’s been since a divorce.)

We talked about unhappy clients. (Frank believes in being honest about what you they get for a client. If s/he makes alternate demands, Divorce Lawyers for Men will refer the client elsewhere.)

We talked a little more about money.

“Losing costs just as much as winning,” he reminded me. “We’re very blunt about the money. Because I’ve looked at ten thousand family budgets. I’ve never seen attorney’s fees in one of them… Nobody has a prepaid divorce fund. Every dollar that the divorce lawyer takes is a dollar that could have been spent on the family. But that family has chosen to go down a path where they’re allocating money away from the family.”

(Side note: I really appreciate the bluntness of that last sentence. Divorce doesn’t have to cost a lot of money. It’s a choice to allocate those funds away from the family.)

Frank went on to explain the function of his firm:

“We’re not in the business of taking families apart. We’re in the business of helping you start the next path of your life,” he said. “And we try to work wit the family to avoid as many of the hardships as possible, to keep common sense into it. The lawyers are paid to come in as the voice of reason, and I tell my young lawyers… your job is to get them through this course of action as undamaged as possible. You can’t protect them from everything, but you can minimize the harm.”

And since he used the word “harm,” I thought it was a good time to talk about alimony. Specifically, I asked about the changes to the tax code that affect how the money is taxed (now taxed on the side of the payer instead of the payee).

Frank simplified the issue off the bat: “Why did the government change this rule? Answer: to get more tax money.”

He explained in more detail: “Because the men who are paying the alimony and getting to deduct it are in the 33 and up tax bracket. The women who are getting the income and paying taxes are in the 15-20% tax bracket. So the government basically doubles their tax revenue by switching and charging the financially stronger individual than the lower income, lower taxed individual. And it’s like a 10 Billion dollar tax windfall to the government.”

“That money’s gotta come from somewhere,” Frank continued. “The guy isn’t making 30% more. So I’ll be arguing to the court: we can’t make the alimony payment that we used to make because the government took a third of it. My client didn’t ask to pay tax on this money. The federal government decided that it needed the money more than the family did.“

At this point, we’d been speaking for about an hour. I thanked Frank for this time.

“Are there any other questions I can help you with?” He asked.

“I don’t think so,” I told him. “It was great to talk to you. What I’m going to do is distill all of this down and somehow get it out on my blog and share your wisdom with the world.”

You can call the blog, “Divorce Lawyer Ramblings,” he suggested. 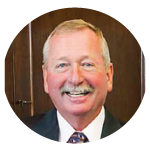 Special thanks to Frank Morris at Divorced Lawyers or Men for taking the time to speak to me about these important family matters.