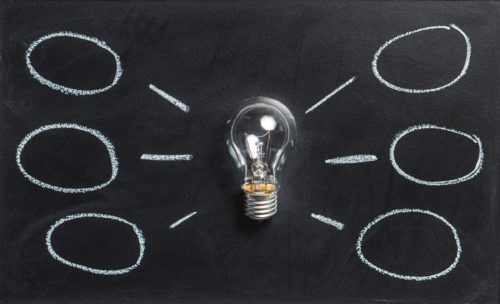 For more than a decade now, I’ve been helping people through their divorces. To the outside world, I complete legal documents, talk clients through the process and do all that I can to make sure that everything is processed as quickly as possible. As any professional working within this sector will tell you, though, your job description and your formal roles are only half the story: helping your clients through what is a tremendously stressful time is really your paramount concern

Whilst no two individuals – and therefore no two divorces – are the same, experience has taught me that there are five pieces of advice that virtually all divorcees can benefit from and I want to share them with you in the hope that you find them just as useful as the people I’ve helped over the years:

I am in not doubt that this is perhaps the most important piece of advice anyone can give to someone that’s going through a divorce. It may seem obvious, but you’d be surprised just how often people conclude that they’re the reason that their marriage failed before going on to torture themselves by analysing their perceived errors.

The simple fact of the matter is that everyone makes mistakes and dwelling on them won’t stop you from making them again in the future. Plus, it certainly isn’t going to help you get through your divorce. Yes, you should learn from your mistakes, but you should forgive yourself for them too! What’s more, it’s vitally important that you remember that your spouse will have made mistakes and will certainly have played their part in your separation as well.

Guilt, disappointment, anger, sadness; divorce promotes negative emotions that can be tremendously damaging to our wellbeing. The key to surviving them is not fighting them, but accepting that they’re there and letting them pass naturally.

Whilst it is in our nature to try and supress such feelings, this is actually counter-productive. Our bodies are hardwired to produce such emotions during times of stress and change (it’s basically a primordial defence mechanism) and it’s designed to prevent any attempt at surprising them as a result.

Instead of fighting these feelings, simply let them be and remind yourself that they’re an automatic defence mechanism. Simply let them be rather than analysing them and they’ll soon give way to more positive emotions.

I’ve dealt with many, many people who wanted to spite their former spouses. Most people assume that such individuals are simply spiteful by nature, but this is very rarely the case. Rather, they are in pain, and this is leading them to lash out by, for example, preventing the other party from seeing the children or trying to stop them from getting a fair share of the couple’s joint assets.

Should you find yourself feeling this way, then you should first go back to point two and accept them. Whilst you shouldn’t fight these feelings, though, you should battle the desire to take action whilst anger is clouding your judgement.

Instead, try to remember that a relatively straightforward divorce can turn nasty very quickly and that it’s in everyone’s best interest that you all get to see the children, get your fair share of joint assets and so on.

You can follow the very best advice issued by professionals meticulously but, chances are, you’re still going to need some help from time-to-time. Whether you find yourself needing someone to distract you, a shoulder to cry on or anything else, you need to let the people who care about you know.

I’ve encountered many people who thought their friends and family would offer support at every turn and were therefore surprised when it wasn’t forthcoming. Whilst this led people to assume that their loved ones didn’t care about them, they’d misread the situation: often, people don’t know what people going through a divorce need and fear that something as simple as asking them how they feel will bring about a tidal wave of emotions and make the situation worse. Believe me, though, when people care about you, they’ll be there for you in a heartbeat if you simply let them know what you need.

Change can excite some people but, when it comes to the extensive and often all-encompassing change brought about by divorce, fear and anxiety are far more common responses to departures from the norm.

For anyone that find themselves in such a position (in my experience everyone going through a divorce will feel it at some point), I’d strongly recommend they consider all of the changes that they’ve been through previously and how, whilst their experiences will have differed with each separate instance, they adapted.

Yes, change is often difficult, but once you’ve accepted it and believe that you’ll get through it, you can embrace it and view not only the setbacks, but the opportunities it brings too. 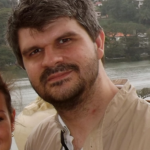 Jay Williams has worked with divorcing individuals for more than a decade with Quickie Divorce, one of the UK’s largest providers of online divorce solutions. He lives in Cardiff with his wife and two-year-old daughter Eirys.