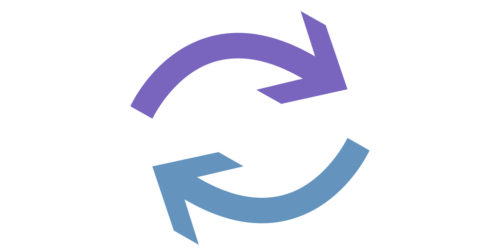 After the end of a relationship, there often lurks a nagging question about when The Ex will get what’s coming to him/her. You know what I’m talking about, don’t you? That’s right, Karma.

When we think about karma, we tend to make assumptions. We hold expectations about what it means, and what it will look like.

Overall we ask, “When will justice be served?”

Sometimes, it’s a long wait. At least, as far as we can tell from where we stand. And I know it can be frustrating. But, I think the general idea of Karma works. That’s to say, “what goes around, comes around.”

But there’s a catch:  It might not work the way you expect. And you don’t always get to watch. Because Karma works in mysterious ways.

The following story is true, but the names have been changed…

When Maxine found out that Marty cheated on her, she felt humiliated and knew she had to leave. As if to rub salt in the wound, Marty immediately went public with the woman he cheated with. They were shacking up before Maxine finished unpacking in her new home.

Despite her uglier emotions, Maxine maintained a friendly connection with Marty as they continued to untangle the details of their old life together. As the days passed, she trusted karma and wondered when it would show up to do its thing. Maxine knew The Other Woman was a cheater too. It made sense that she would be unfaithful to Marty, and Maxine was happy that she’d have a front-row seat for the fallout.

But how long would it take?

Maxine waited, but things weren’t looking good. The Other Woman had moved to a different town and quit her job to be with Marty. She lived a pretty isolated life. Whom would she cheat with?

Maxine was beginning to feel better and more comfortable in her new life when Marty started to confide in her. It seemed life with The Other Woman wasn’t so great after all. She’d brought with her a lot of emotional baggage and Marty was suddenly dealing with a level of drama he wasn’t accustomed to.

Marty’s contacts became more frequent, and it was apparent to Maxine that he was in pain. She felt sorry for him, and she wanted to help. But a friend urged her to keep her distance.

“That’s not your circus. Those aren’t your monkeys.” (this is not your karma)

After careful consideration, Maxine heeded the advice. She realized that Marty was suffering the consequences of his choices. The Other Woman hadn’t cheated, but Marty still endured an acute hardship as a result of his relationship with her. Karma worked.