Some relationships are Meant To Be until they aren't anymore

Was it Meant To Be?

The night before I began my senior year of high school, my redheaded boyfriend and I broke up. I was heartbroken (funny how these things look so much different after a couple decades). About a week later, I received a wisdom-filled letter from my great aunt.

She also suggested I take time to lick my wounds and focus on One Day At A Time while my heart healed. I found comfort in her words. Eventually I ran out of tears for the redhead and moved on with my life.

Recently, I found myself contemplating a couple I know of. Their relationship began as an act of infidelity. The man left his wife for the Other Woman, and his children never spoke to him again. More than thirty years later, the couple is still married.

I found myself thinking, I guess their relationship was meant to be.

But then I thought again. Like… what does that phrase even mean? At what point does someone say it was Meant To Be? And who has the authority to make such a determination anyway?

Thinking back to my redheaded boyfriend from high school… We were magnetized to each other and became a couple despite the odd circumstances and disapproval from some of those around us. We were together for a year, and in that time he taught me about soccer. We visited new places together. I still wear the silk robe he gave me for my 17th birthday. And I learned a lot from the experience.

Was our relationship Meant To Be?  Yes, I think so.

Was our relationship Meant To Last Forever?  No, absolutely not.

Looking back, I can say the same about most of my relationships.

And so it goes… This reminds me of something Louise Hay said in her Power Affirmations:

“People come into my life at the right time. We share the time we are meant to have together, and then at the perfect time they leave. And I lovingly let go.”

People grow and relationships change. What was once Meant To Be might no longer be appropriate, and that’s OK. The present doesn’t negate the past. Regardless of why it ended, your marriage had a purpose in your life. What Used to Be was also Meant To Be. 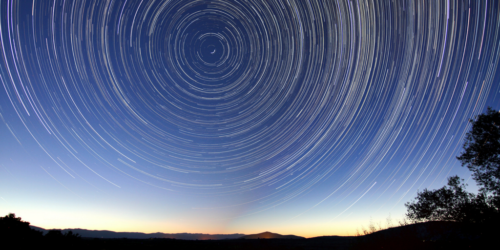