Communication Breakdown (in the woods and in the world) - Relative Evolutions

The following tale of communication breakdown isn’t about divorce.  Except, it is.  It’s also about all other relationships…

Once upon a time, I went hiking with a group and became separated from one of my companions.  When he didn’t meet the rest of us at the end of the trail, I backtracked, searching for him.  I called his name.  He didn’t answer.  I walked faster.  I searched harder.  I called louder.  No response.

I was on the verge of panic when I heard him yell my name.  “TARA?!”

I darted in the direction of his voice.  As I rounded a curve in the trail, he came into view.

This kind of thing often happens in life, minus the literal forest.

This is especially difficult when it happens with people we’re close to.  There’s usually an emotional response similar to what I experienced on the hiking trail:  panic, confusion, fear, anger, helplessness.  There’s often a physical reaction driven by those emotions:  screaming, weakness, heightened senses or perhaps superhuman strength.  The loss of control is devastating.  At this point, productive communication can be impossible.

When my friend was lost in the woods, there was so much I wanted to say to him, but I couldn’t. He couldn’t hear me because he was in a different place.  That’s also true, in the not-so-literal sense, when other types of disconnection occur.

Have you ever been fully engaged in a conversation with someone who couldn’t hear you?  Maybe you’ve paced, prodded, asked, insisted and used new words to communicate the same ideas? Have you raised your volume to an embarrassing level?  There are times when such tactics simply won’t work.  That’s when it’s time to stop trying to control the situation.  Relax your clenched fist, take a breath and remind yourself, “We’re not in the same forest.”

Unfortunately, it’s hard to know whether or not the other person is truly lost and wants to be found.  Sometimes they don’t.  Sometimes they need to find their own way.  There are times when it’s appropriate to rush in.  In other instances, it’s better to wait it out.  And sometimes it’s best to let go and walk your own path. 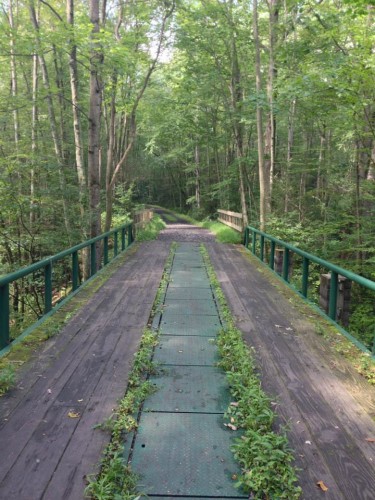