What is a Successful Marriage? - Relative Evolutions 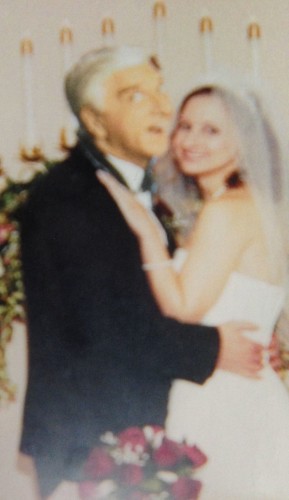 I used to think the general consensus was that a “successful marriage” meant the couple stayed together until parted by death. Perhaps that’s the most prevalent assumption, but it seems I was wrong in thinking timing was the primary definition of marital achievement.

A few weeks ago, I was discussing marriage and divorce with a friend who believes our culture is too accepting of divorce. She told me that even people in her church family have divorced without social consequence in their community of worship. (I hypothesize the divorced might feel differently)

“I think it’s really sad when people can’t work it out,” she told me.

She didn’t understand when I suggested her very statement might feel condescending and shaming to someone going through the process.

I decided to turn the tables a little. “What about people who decide to work it out by evolving their marriage to less traditional terms?” I asked. “Like, what if they mutually agree to an open relationship instead of a monogamous one?”

She curled her lip and rolled her eyes. “Those people need to get divorced,” she insisted.

“But they’re ‘working it out.’ Isn’t that what you want people to do? To stay together?”

Apparently it’s not that simple.

I should’ve known.  And, I guess I always did know… maybe I’m just hypersensitive at this time. Those who judge the success of others’ marriages do so on many levels.  It’s not just about the End Date.

A few days ago another friend pointed me to a Facebook page where I read a debate about the role of God and the presence of Satan in marriage. Supposedly, marriage is an institution of God and therefore any marital issues are evidence of Satan, who seeks to disrupt and destroy all that is of God.  Not everyone agreed. (What about when two Satanists get married?)

But… why does any of this matter?  Why do we care how many people are involved in a marriage?  What does it matter what their genders are (#SCOTUS)?  What right do outsiders have to insist a couple follow a certain sexual code of conduct?  And as long as marriage requires a legal license and impacts tax filing statuses, religious beliefs need not be universal within the institution.

If participants feel comfortable, respected and fulfilled by their partnership, so be it! And if they don’t, let them make other arrangements.