I’ve seen this divorce shaming content before, and today I saw it again:   I really hate this. I hate it enough that I stopped what I was doing in order to write this blog post because I am so hopping mad. I’d really like to curse a whole bunch, but I try not to do that here. I don’t know the profile of the people who share these memes. I don’t know how many are married or what percentage wish they were. I don’t know if their intent in sharing is because they want to celebrate lasting love or if they […]

END_OF_DOCUMENT_TOKEN_TO_BE_REPLACED 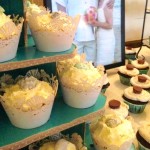 Previously, I asked the question, “What if we did marriage the way we do divorce?” The situation was somewhat silly, as the post was meant to inspire consideration. My true intention was to introduce a new question: What if we did divorce like we do marriage? Let’s start by reviewing a traditional wedding… when a couple plans their ceremony, they consult with various professionals. It’s likely they’ll visit multiple locations before deciding where to hold the event. They’ll spend some time at a bakery. They’ll price a few potential caterers and florists. Quite often, couples meet with a spiritual leader […]

END_OF_DOCUMENT_TOKEN_TO_BE_REPLACED

“Marriage is work.” We hear the words all the time (as if to suggest those who divorce aren’t working hard enough). As a result of the comparison, I often liken marriage to a job:  first you have to prove yourself worthy, then you get hired and everyone rejoices because a vacancy has been filled.  There is hope and optimism that the team will move forward and accomplish great things together. You have to show up every day, even when you don’t exactly feel like it. You have to use the skills you have as well as learn new ones as […]

END_OF_DOCUMENT_TOKEN_TO_BE_REPLACED 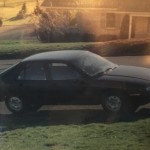 My first car was a 1989 Chevy Corsica, and her name was Cecilia. I named her (as I do all my vehicles) after a song. In the beginning, Cecilia was mostly blue, but her defective paint peeled off in strips, leaving large patches of gray primer. Due to a couple minor accidents, she also sported a silver bumper and one of her 4 doors was red. The red door had manual controls where the others had powered buttons. A few months into our relationship, my dad painted Cecilia black and gave her a red pinstripe. As a finishing touch, I […]

END_OF_DOCUMENT_TOKEN_TO_BE_REPLACED 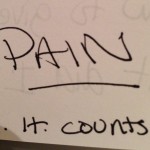 I write a lot about forgiveness and letting go because I believe these tactics are critical to bringing us through our pain. But today I want to write about pain itself, and why we all need to get close to pain. Getting close to pain is pretty much the last thing anyone wants to do. We humans avoid it in all kinds of clever ways. Perhaps we overindulge in food, drugs and sex. Or we might throw ourselves into the role of parent, friend, family member or employee, and in doing so we ignore who we are. We can also abstain from […]