Your Ex Does Not Deserve Your Anger - Relative Evolutions 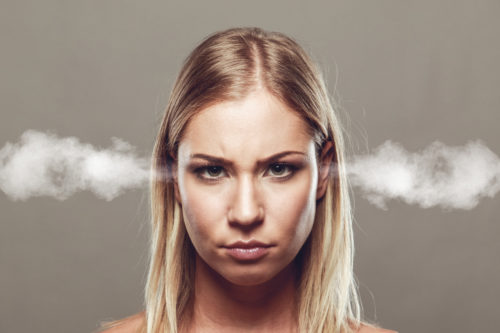 Your Ex Does Not Deserve Your Anger

Wounded women (and other fans of Carrie Underwood), sing it with me:

“I dug my key into the side
of his pretty little souped-up four wheel drive…
Carved my name into his leather seeeeats
I took a Louisville Slugger to both headlights,
slashed a hole in all four tires.
Maybe next time he’ll think before he cheats…”

Carrie’s song Before He Cheats hit the charts the year I got divorced. It brings to mind not only my ex-husband, but a couple ex-boyfriends as well. Of course I’ve fantasized about taking the kind of revenge described in the song. And according to some photos I’ve seen on the internet, many have done more than fantasize.

And that’s what I want to talk about. No matter how much you want to express it (whether verbally or physically), your ex does not deserve your anger.

Vandalizing an ex’s car might seem like an appropriate payback, but it’s illegal. Taking such action will not only get you arrested, but it gives your ex carte blanche to tell everyone you’re crazy. In this case, your ex not only garners sympathy for this trouble, s/he may even gain an excuse for cheating.

But it’s more than that.

Anger is just the tip of a deep and dark iceberg. It’s fed by a reservoir of pain, shame and fear that bubbles out of a festering emotional wound.

That wound holds the key to your strength (and I don’t mean that stone-cold, hardened-heart kind of strength. I’m talking about the kind of inner strength where love and forgiveness come from).

What I’m saying is that your pain is sacred. It’s something that requires protection, care and consideration. If you’re willing to move towards it, you can learn, heal, and grow from it. But such growth becomes impossible when you continuously expose your vulnerabilities to someone who pours salt in your wound.

Instead of entering into battle, turn your attention inward to see what’s under the surface. Then seek out someone who can hold space and help you process that. It might be a friend, a family member or a therapist. It should not be your ex.