relationship regrets and lessons learned. I won't do that again.

Recently, I found myself retelling an old love story and I uttered the words, “I shouldn’t have done that.” And, while it’s true that I shouldn’t have done the thing that I did, I was immediately reminded of the experience that followed the thing and the lessons learned because of the thing. I don’t want to live with relationship regrets. After some thought, I changed my words to say,

The experience caused me to reflect on other potential relationship regrets:  the issues of my past relationships, and the lessons I learned as a result. Following is a list of several experiences that came to mind. Despite the fairy tale beginning, all events are true and happened sometime over the past 25 years. In the interest of protecting privacy, I used the word “partner” regardless of the seriousness of the relationship. I also used the words “man” and “woman” regardless of the age/maturity of the individuals.

I could choose to harbor relationship regrets… but those regrets could also cloud my happy memories. I’d rather accept the past, celebrate the good stuff, and learn from the rest. And, that’s what I’d like to see more of in our divorce culture.

So… how about you? Can you relate to any of my experiences? How have you grown through the relationships in your life? And, would you take back the experience, knowing you’d lose the lesson that came with it? 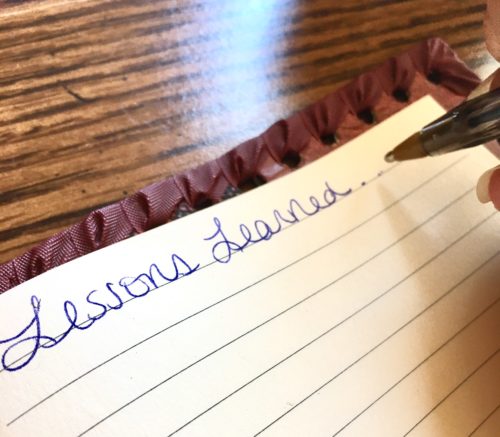