We Remember Ex Loves... But Why Don't We Speak of Them?

Do you ever mention your ex loves? I’m asking because a few days ago, I witnessed the following exchange:

Husband (to a group of people):  Someone once threw me a surprise party…

Wife (with genuine curiosity):  Who was it that threw the party?

Husband (hesitates): it… well, that was a long time ago.

I assumed the party-thrower was an ex. In the moment, the group laughed and made jokes about the event happening in another era. The conversation moved forward without another glitch.

Later, I gave the scenario more thought. I wondered why the husband was so hesitant to speak the name of someone who once cared enough to plan a party in his honor. Would his wife have been upset because he loved someone else before they met? 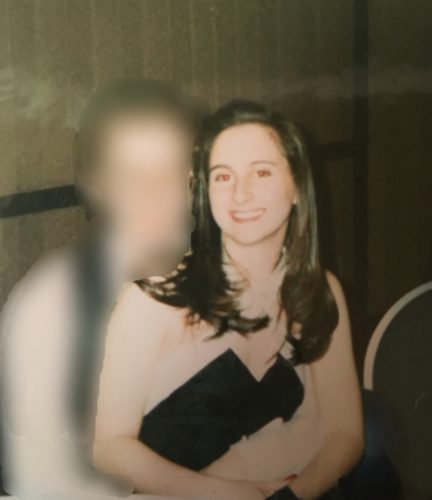 me… and an ex love from a previous millennium

I realize this man’s action/intention isn’t uncommon, but I don’t subscribe to the same ideal. If it’s pertinent to the current conversation, I don’t hesitate to speak the name of someone from my past. Why should I? Those I’ve known and loved continue to be a part of me. They put wrinkles in my brain, scars on my body and light in my eyes. How could I pretend those relationships didn’t happen? And why should anyone else?

But this issue isn’t all about me.

Beyond my own personal preference, I also think the practice of suppressing the past presents a barrier to healing after a divorce. The final stage in the Grief Process is Acceptance. Refusing to name ex loves is more an act of Denial (and that’s the first stage). Call me crazy, but I think we should all strive to say his/her name without shame, blame and pain.

Furthermore, failing to speak the Ex’s Name can create an acute hardship for children of divorced parents. How can a child feel secure in his family if his parents are trying to erase each other? Not to mention… a child is biologically comprised of both parents, so how can he feel self-confident when he must consistently deny a part of himself depending on which parent is present?

I get it:  Separation can suck. And people change. And 20/20 hindsight has a way of igniting some not-so-pleasant emotions when we think about days-gone-by. But ending a relationship isn’t about dissolving the past. It’s about evolving toward a new future. Naturally, as time goes by, memories of ex loves will fade into the distance, but they won’t disappear. And we shouldn’t attempt to eliminate them, because who we were (and who we were with) holds the key to who we are now.