Yes, I Love Divorce. No, I'm Not Anti-Marriage. - Relative Evolutions

I get some funny reactions when I tell people about my work. Most people who’ve been divorced say something like, “I could’ve used you two years ago.” They’re often understanding, supportive and encouraging.

And then there are the others… those who are offended or otherwise just plain uncomfortable. Most will stay quiet, while others feel the need to erect a wall. Sometimes they share their own views of marriage and divorce, often using religious references to justify their positions. Occasionally, people interpret my work as a direct threat to their marriage. Couples will grasp hands while one tells me in a firm voice exactly how long they’ve been married and how happy they are. As if I’m some kind of grim reaper.

Even among friends, there are jokes about my efforts to end marriages. I can laugh about it. I have to. There’s no denying the fact that I’ve chosen a somewhat odd career. But honestly, I’m not anti-marriage. Sometimes I think I should put it all on a T-shirt:

Hi, I’m a Divorce Coach.
No, I’m not out to destroy your marriage.
That’s up to you. 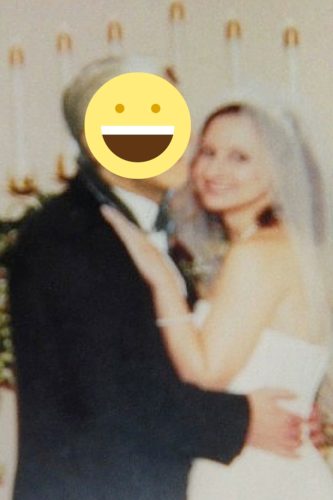 Over the years, I’ve asked a lot of questions about marriage. I’ve criticized the way our culture approaches such an important commitment. I’ve suggested odd alternatives to our sacred traditions.

I’ve given it a lot of thought, and I’ve come to realize that marriage, like divorce, can be as unique as the family it serves. There are “traditional” marriages, plural marriages, open marriages, same-sex marriages, child marriages, arranged marriages, common-law marriages… the list goes on. It’s hard to take a stance against something which shape shifts to serve so many.

And when you think about it, without marriage there would be no divorce. Furthermore, many who get divorced move on to find love and marry again.

I’m not anti-marriage. I’m anti-Bad Marriage (a good divorce is better than a bad marriage). And honestly, I can say the same about divorce (bad divorces are the worst). Which is why it makes so much sense to pick law firms with a reputation of offering clients with advice(s) that are empathetic and pragmatic. And believe me, such law teams do exist, not just here, but all over the world! My friends on the other side of the pond have told me about a few quality solicitors in manchester (one of them being Davis Blank Furniss), who happen to be experts on matters of UK family law. From alternative options such as collaborative law to traditional divorce proceedings, our can help you to select the right approach and deal with issues such as care arrangements for your children and financial settlements.

Would you like some assistance in navigating your separation? Learn more about what I do or call me to set up a free consultation: 717.686.9116.