What Does an Election Have in Common With Divorce? - Relative Evolutions 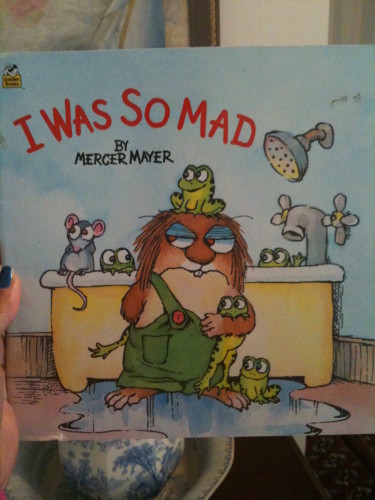 I love this book

In the shower one morning, as I was rinsing my hair, I mentally stepped back to notice the chatter going on inside my head.  To my dismay, I realized I was deeply entangled in an imaginary argument with some family members.  About politics.  And what’s worse is that my imaginary argument was the continuation of a real discussion that took place two weeks prior.

What’s wrong with me? A billion things have happened since then. I highly doubt anyone involved in that discussion is still thinking about it now.  Why am I?  Why aren’t I focusing on my plans for the day?  I could be thinking about my upcoming vacation.  Lots of things would be a more productive use of my mental capacity.

At first, I tried to simply shift gears.  I attempted to occupy my mind with my list of goals and the TED Talk I’d watched before getting out of bed…  But eventually I decided to dissect and investigate my hypothetical argumentative olympics.

I started where I always start:  Why?  Why was I thinking about this now?

Because of Facebook.  I was thinking about the discussion two weeks before because before I got in the shower, I saw some things on Facebook that reminded me of the issues we discussed.  I was triggered by Facebook.  It’s Facebook’s fault!

What was it that triggered me?

The issues!  Those important issues that some people are So Wrong about and others are So Right.  Those people who are Wrong need to be stopped.  Someone needs to shut them up.

And why was I triggered by Those Issues and not others?

Because Those Issues are important right now!  Because….

Because they’re up for debate.  Because, as a result of the debate, My Preferred Way might not prevail.  Because there’s a political race happening, and there will be winners and losers.  And I don’t want to be a loser.  Because (naturally) I’m right, and They are wrong.  And They deserve to lose.  Not me.  Not my Side.

Ugh.  So, long story short:  I was feeling insecure about some hot-button issues.  In order to soothe my ego, I got angry and entered into an imaginary battle (which, of course, I was winning) in my head.  Because I just couldn’t let it go.  It was too important (to me, at the time).

But, this isn’t a blog about politics.  This is a blog about separation, divorce, and human relationships.  And my experience that morning wasn’t unlike what happens in the minds of countless exes every second of every day.  And, for the most part, the reasons are the same.

A breakup shakes a family in the same way a high-level political race shakes up a nation.  Things aren’t going to be the way they used to be.  Power is up for grabs (or, at least, the perception of power).  There are two sides with differing opinions about how to solve problems.  Each side has an audience of supporters.  Debates happen.  Mud is slung.  Tempers flare.  Everybody’s all in, and nobody wants to lose.  The issues are discussed across dinner tables.  And people rehearse and rehash arguments in the shower.

Is it really appropriate to view either one of these as a contest?  Aren’t we all on the same side?

At the national level, we’re all Americans.  While we might disagree, we share a history.  We have pride in that history.  There are songs and stories which tug at our heartstrings and bind us to each other, regardless of race, religion, location or political affiliation.

And the same is true for families.  Family members share a history. There are stories, songs and memories that bind them together regardless of where they live or what they believe.

Disagreements happen, but don’t forget the existence of the bigger picture.  In times of conflict, embrace that.