I refuse to believe all that venomous slander I hear about divorced dads…. Disneyland Dads… Deadbeat Dads… and everything in between.   I live with a divorced dad- and he’s fabulous.  My own father wasn’t so bad…. and Suzy’s dad… and Greg’s dad…. (note: Suzy and Greg are not real people, but I could likely fill a page of divorced kids/dads who are not/did not have a bad experience)

Now, of course I’m not suggesting that there are no less-than-ideal divorced fathers out there.  I’m simply proposing that there are at least 2 sides to every story… and I’m not one to automatically side with Mom. 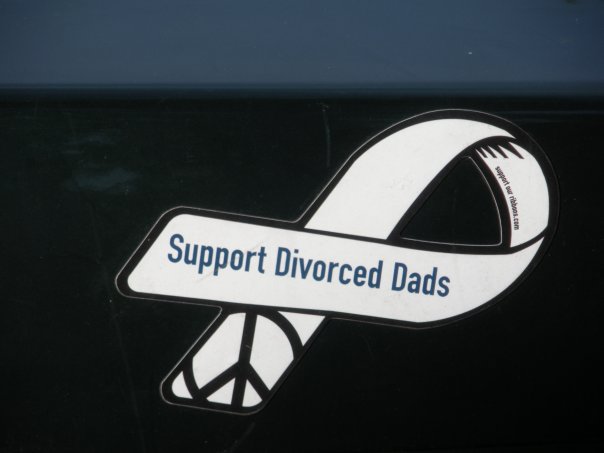 Unfortunately, I haven’t seen any of these in my favorite retail locations- so I made this one at http://www.supportourribbons.com/ (I’m aware that these magnets are rapidly fading out of style.  BUT, if you truly support a cause, sometimes you need to go against the grain. 😉 )